While there is nothing magical about turning the page of a calendar from December to January, the beginning of each New Year holds the promise and potential for a new beginning. It is up to us to take advantage of this opportunity by making new choices moment by moment. When we set a clear intention to make positive changes in our lives powerful and surprising demonstrations can, and often do occur.

While we are not in control of everything that happens in our lives, we are in authority over it. Our authority lies in our freedom and ability to choose our thoughts, thus shift our perspective and determine how we will respond.

It is vitally important that we understand the power of the mind (thoughts and feeling) to determine how we experience life, and to realize the power that we have to affect it. We are not in control of everything that happens, but we are in control of what we think. I encourage us to claim our authority and embrace every moment of every year with a renewed commitment to own the power within us to determine our present and our future.

As I was reviewing files on my computer this week, I rediscovered a story I wrote several years ago as a final project for a class. It speaks directly to the authority each of us has to determine our life experience and to remember our truth.  I hope you enjoy it.

The Land of Peace
by David Howard

I invite you to come with me to a place that is beyond what we know as space and time. It truly is no place at all and exists only as the Eternal Now. Come with me to this mystical realm where abundance abounds and there is no thought of lack. Here, everyone has enough to eat, and no one takes more than is needed to sustain them. Everyone has a home, and not one more elaborate than the other. Each one is clothed and warm. The land is revered. All living things are honored for the expression of life that they are. Creativity is celebrated, but there are no celebrities. There are no laws here, except the one Law of Love.

This is not a realm that is ruled by a king or a queen, yet each of its citizens is a prince or a princess. And, like any prince or princess, each one inherits all the abundant riches of realm as a birthright to use in any way they choose. Each is heir to all the wonders he or she can behold. From birth, everyone is encouraged to know that he or she is born into a royal heritage and possess all the knowledge to choose his or her own path in each and every moment of each and every day. All who abide here know that they have the power to command of this realm anything they desire, because, after all, they are all princes and princesses. They are not told what to do or not to do, what is right and wrong, good or bad. In this realm, everyone lives from his or her own guidance and inspiration. No one struggles to be or to do anything other than what they are called to do in the moment. There is nowhere to go or nowhere to be, other than here.

You may be asking, “So, where is this place that is no place?  What is this magical realm beyond time?”

It is an oft forgotten, yet ever-present realm known simply to all who live there as Peace. 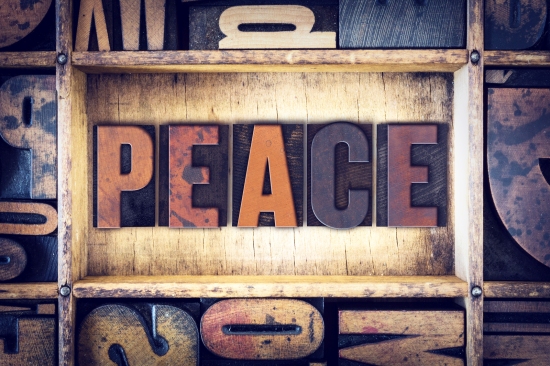 In this land, there once lived a young man, himself a Prince of Peace, who was a born explorer. Always curious, he questioned everything. He was always asking his mother or father, “Who? What? Why? When? To which they would always reply, “You have the answer. You only need listen to your own wisdom.”

To which he would always reply, “But, I want to know now!”

One day as he was sitting beneath the shade of an ancient live oak tree, his treasured spot to sit and ponder, he had a thought, “I wonder if there is something beyond this land of Peace, some other realm different, unique, and exciting—just waiting for me to discover it.”

As was his practice, he immediately ran to ask his parents. Who, much to his dismay, said to him, “You have the answer. You only need listen to your own wisdom.”

To which he replied, “But, I want to know now!”

So off he went asking others in the realm if they knew. No one claimed to have any personal knowledge of such a place. There were some who said they had heard rumors of a far away realm, but as far as anyone knew no one had ever left the serenity of Peace. Not one person could tell the young prince anything that would satisfy his curiosity. Everyone he asked said virtually the same thing, yet no one discounted the possibility that there might be another realm, for in Peace, all potentiality exists. They were all content to abide in Peace and enjoy the comfort and prosperity of the realm. Although they provided no useful information, no one tried to convince the young prince of Peace not to explore, for in Peace each one is supportive of the other’s unique expression. Even though no one in Peace shared his curiosity, because the prince had always been encouraged to trust himself and follow his own guidance, he could not discount his thought that such a place must exist.

Knowing as he did that all possibility exists in the field of pure potential, he decided that he was going to venture out and indeed discover if there was another realm beyond his home land. As he pondered the possibility, he realized that he had no means of travel, after all no one in Peace had ever left, so of course no one had need of transportation. Being a Prince of Peace, he did not let this stand in his way. As he had heard many times from his parents, he knew that the solution would arise from his innate creativity and inspiration as he allowed it.

So, one day as he once again sat in quiet reflection beneath the ancient live oak, an idea came. He leapt up in excitement and immediately began to sketch the vision that he had received. Once the plan was firmly envisioned and set down on paper, he began the process of constructing his transport vehicle, which he called the Modular Interdimensional Navigational Device or MIND for short. It was revealed to him in his vision that with this device he would be able to travel anywhere with just a thought. Of course the manifestation of the device progressed without delay or interference because in Peace there is nothing that impedes the fulfillment of an inspired vision. 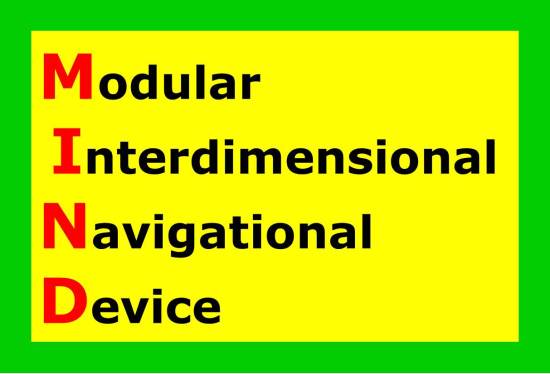 When the device was finished, he ran through the realm announcing to his friends and family that he was leaving on a new venture. They all cheered and wished him well without any thought of concern, because in the land of Peace there is no judgment. Everyone knows that freedom abounds and all choice is allowed… 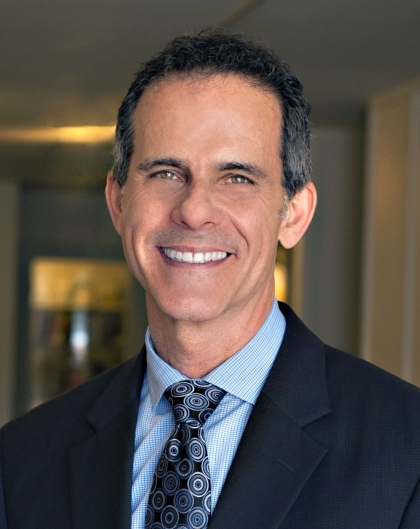 David Howard’s mission is to encourage and inspire the realization of Oneness. Prior to moving to Denver to become the Spiritual Leader at Unity Spiritual Center Denver, David was Spiritual Leader at Unity of Arlington in Arlington, Texas for six years.  He is a Licensed Unity Teacher, and plans to enter the Field Licensing Program through Unity Worldwide Ministries to obtain his ministerial license and ordination.  Before joining Unity of Arlington, David was a minister at the Center for Life Enrichment, an independent New Thought ministry in Dallas, TX for five years.  David is a native of Augusta, Georgia, home of The Masters (for you golf fans).

He is an impassioned speaker who brings his authenticity and humility to every talk.  David is an avid student of metaphysics and New Thought philosophy.  He enjoys leading classes and workshops on a variety of topics.  David also loves the energy of the group meditations he facilitates.  He is the author of In This Moment: Prayers from the Well of Awareness, a collection of affirmative prayers that he wrote during the period 2001 – 2006 while ministering in Dallas.

Click here to browse his frequent blog posts. David is also an accomplished vocalist who has released Spark, an album of songs composed and originally recorded by well-known artists including Jackson Browne, Sara Hickman, Jeff Black and others, and also includes an original composition, “Cicadas.”

David’s vision for Unity Spiritual Center Denver is a community of individuals who are committed to the recognition, realization and revelation of the expression of God that each of us is, and who are dedicated to creating an environment in which others can do the same.

As a board-certified coach, author and Reiki master teacher, I share hope, possibilities and empowerment with the world. What's love got to do with minimizing stress and getting unstuck? Everything! My book, "Choose Your Energy: Change Your Life!" (Hay House/Balboa Press 2013) shares my story and the stories of 10 of my clients along with my signature Discovery Framework. During my 30 years as an organization transformation consultant, I served as a senior partner in four of the world's largest, most prestigious global professional services firms. In 2005, I took a five-year sabbatical to find healing and peace because non-stop work had taken its toll. My recovery from burnout, including a sustained 80-pound weight loss and freedom from 10 years of debilitating depression, led to finding my purpose sharing hope, possibilities and empowerment with the world. Through healing and self-exploration, I discovered that loving yourself unconditionally is the key to transforming your personal life, your work and the world. With attention and intention, I learned to live in alignment with love through a wealth of energy-shifting tools and techniques that help me reduce stress, anxiety and overwhelm by releasing limiting beliefs, emotions and habits. My books, blog, radio show and signature coaching programs help individuals and organizations harness the transformative energy of love to turn unexplored possibilities into fulfilling realities and step into their greatness. To learn more about my work in the world, visit djwlifecoach.com. Subscribe to my blog at tiny.cc/djwblog. Listen to my radio show at tiny.cc/djwradio. View my author video and book trailer at tiny.cc/djwauthorvideo and tiny.cc/djwbooktrailer. Access 40+ tapping resources at tiny.cc/djwtaps. Send email to deborah@djwlifecoach.com. For fun, I love singing, reading, sewing, knitting, golfing and movies. I live in Williamsburg, Virginia with my husband, Wilson, and the coaching cats who manage my life—SiddhaLee and Maisy Jane.
View all posts by djwlifecoach →
This entry was posted in All My Blog Posts, Guest Bloggers, Love, Fear & Gremlins, Mindfulness, Meditation & Peace and tagged David Howard, Deborah Jane Wells, From fear to love, Love or fear, Unity Spiritual Center Denver, What is fear, What is mindfulness, What is peace. Bookmark the permalink.

This site uses Akismet to reduce spam. Learn how your comment data is processed.